Mastering the Joint Venture For Marketing

In this article we explore a key concept called joint venture. Joint venture can also be known as strategic partners or alliances.

What are the key factors of the nature of any deal that make specific joint ventures the most lucrative, the most predominant, the most easily accessible money-making method or option you could ever have?

One of the fundamentals before executing the most lucrative joint ventures deals, would be having the right mindset. An essential element in the joint venture mindset is non-linear thinking. Instead of getting $1 reward for $1 spent, you literally leverage on huge untapped potential and generate $10, $20 or $50 for every dollar spent.

In this article, we’re going to deeply analyse and explore each factor behind their mindset. Don’t fret about the mechanics of putting these elements into play for now. We’ll go through it in the next article. Instead, let’s focus on utilizing each of these principles to their fullest potential.

Firstly, let’s cover how we can funnel deals towards your business by taking advantage of a few aspects of human nature. We will take reference from the master, Jay Abraham. This is the most important aspect of the mindset.

These factors all work in your favour, because these reasons are exactly where you can come in and provide value! You can be the one who provides the turnkey deal or solution.

You help them integrate all the elements and connect all the dots. You can structure the package deal to make it irresistibly appealing, even to someone who isn’t necessarily looking to do a deal!

At age 22, Jay was out of a job. He didn’t have a dime to his name. Furthermore, he was married with two kids to feed and he could not even pay the mortgage. He was worse off in many ways, even compared to people who did not have much money.

In those times, the music industry was still in the awkward era of 8-track tapes. He found a company that was loaded with very well-known, sellable tapes. Though they sold them across the country, business was in a dire state.

They even had an oversupply in their inventory and were sitting idle in a warehouse, gathering dust. Jay decided to strike a deal with a well-known chain of mini-marts in the Midwest.

They would allow him to sell them in their mini-marts on a purely performance basis – paying him only for tapes that were sold. The tapes were sold at $4, Jay got $3, and they made $1. They made 25% profit with no risk.  The best part? This deal was made with no inventory and no capital.

“I always try to figure out who needs what I want to do worsethan even I do.” – Jay Abraham

Be observant! Then you would become acutely aware that other companies have voids and excess capacity. They aren’t making all the money they want or they need new products or services, but don’t have them. And the list goes on…

So instead of going to these companies with furtiveness, you need to accost them with confidence that you have the piece of the puzzle that they needed — and in many cases, they needed it worse than you do.

How can you become a Master Joint Venturist

Great joint venturists are made, not born.

“One person’s distress is another person’s opportunity.”

Take this to heart. Always try to look out for any situation where someone has something that somebody else wants or needs, but on their own neither party would probably get down to getting it, or doing it, or combining it. You need to recognize the opportunities to solve other people’s problems that they couldn’t solve themselves.

“ Everything in business is either solving a problem somebody has, or fulfilling an opportunity that they’ve wanted to accomplish but never been able to (or never even realized that they wanted to), verbalizing and then transacting it for them.”

The curious thing is that most of the time you do not need to solve their problems directly. For example, in the joint venture with the 8-track tapes, Jay could have bought the whole inventory and then stock it in stores. But this method yields no leverage. And leverage is a very crucial fundamental concept that should be the focal point of your dealmaking success.

Next, let’s focus on how to use leverage — what it is, what it isn’t, and what it can help you do!

The Power of Leverage

“Leverage” is a cliché term that is often thrown around in the business world. But what exactly is it? We all know it as the powerful driver that pushes the momentum and direction of any deal it’s applied to. Unfortunately, most people utilize leverage in a dangerous way.

Through marketing, be it SEO, a powerful website or a strong social media presence, you can leverage a lot of things for your business.

The Dark Side Of Leverage

Most people use leverage in this way:

In a personal setting, they would go out and buy a house, or a car, or a yacht, or whatever — and they go into debt. In the business arena, they buy or lease an asset, they acquire a business, or they hire employees then give them a salary… In all these cases, they construct an obligation or a type of debt.

Then they bank on the asset or investment on multiplying and making them profit. They hope that it appreciates faster so that they could sell it for a higher price, more than what they have subsidized or underwritten. If everything works well and the cost of the debt service is covered with a bonus profit made, then great! But if something goes wrong, this leverage could be a huge burden that would bite you in the ass.

The “Flip Side” Of Leverage Keeps You On High Ground

This “flip side” has infinite upside! Many people spend large amounts of time, effort and capital to build, acquire, or accumulate assets — tangible and intangible — that they fail to take advantage of. That’s the leverage! The investment is already in — capital, time, effort, now you just need to capitalize on them.

For mini marts, their sunk cost is in spending millions of dollars on building structures, stocking them with products and advertising to generate traffic, then selling those products.

Jay just rode on these investments to sell his 8-tracks, without even having to spend a dime. He took advantage of the awareness that they did not want to risk spending money on something unproven.

But of course, they would be glad to profit without undertaking any risk. And the company selling the tapes had access to another distribution network to sell their excess stock! It was definitely a win-win! 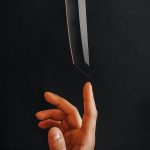 How to Sharpen Your Unique Selling Proposition 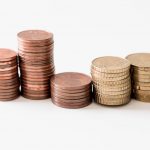 Leverage Lifetime Value of Your Customers 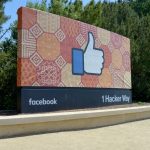 How to Harness the power of Endorsements (and Testimonials) 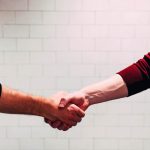 Mastering the Joint Venture For Marketing 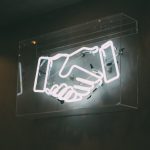 Leveraging the power of Joint Ventures 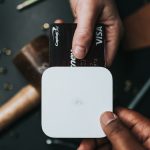 Are You ‘Limiting’ Your Clients Buying (and Thus Income)?